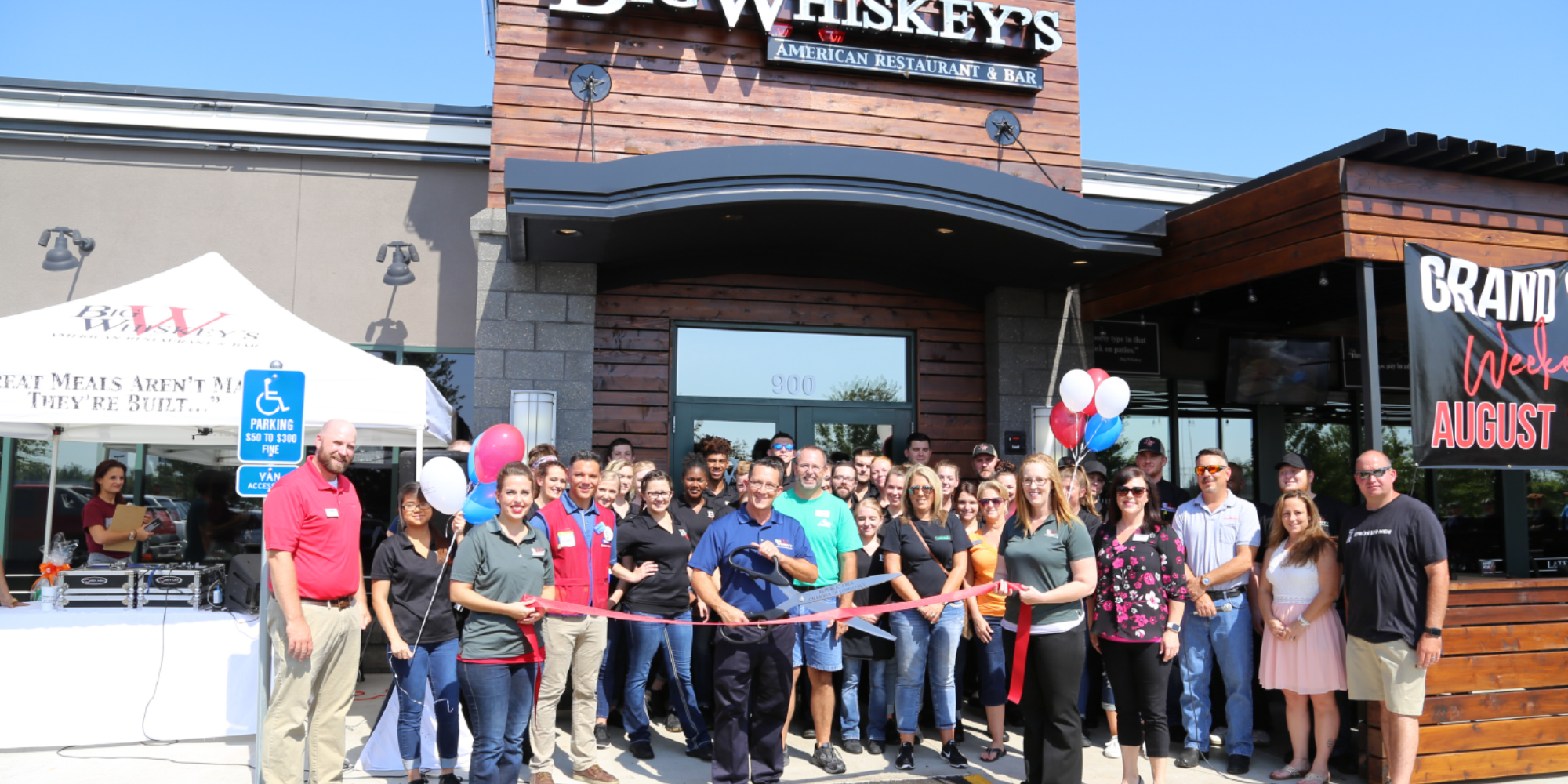 On Saturday, August 19th, Big Whiskey's American Restaurant & Bar officially cut the ribbon to a crowd of over 200 waiting in line to get their first taste in Republic, MO – and broadcast the festivities via Facebook live video.

Earlier this summer, Big Whiskey's celebrated their 11-year anniversary while construction was underway at their sixth corporate store, and their first free-standing restaurant location. The ribbon cutting ceremony concluded a week of final staff training, community engagement and a social media blitz. On-site to help with opening ceremonies were members of the Republic Area Chamber of Commerce, local community officials and company team members, including Matt Caetano, Vice President of Operations.

Prior to opening the second Big Whiskey’s location in Springfield in 2010, the BW team implemented a series of opening week events that has continued as the model for each store opening since. Both a “Friends and Family” night, followed by a Sneak Peek party are hosted, welcoming staff families, community leaders, building contractors, vendors, and others closely involved in assisting with opening preparations.

“It’s our own version of a soft-opening,” explains Matt Caetano. “We can’t think of better way to help train and prepare our staff than allowing them to serve and test their skills on the people closest to them.”

Casual dining competitors have recently reported a decline, with several national brands set to close hundreds of locations across the United States. Big Whiskey’s, however, is experiencing positive sales growth among stores and an ever-growing customer base helping to catapult the brand in an industry segment that is otherwise lagging.

Co-Founder and Senior Vice President of Operations, Paul Sundy, states “We’ve been very focused on our growth strategy over the last few years, and it feels pretty good to see our determination pay off. Consistency is key, and whether it’s consistently great food, great service, or a great atmosphere – we strive to always be consistent.”

Two additional corporate stores are already in the pipeline for Big Whiskey’s in 2018, along with multiple franchisee opportunities. In June of this year, the brand inked a two-store deal for Big Whiskey’s locations in the Las Vegas market, with the first one coming on line in late 2018. Additional franchise deals are currently pending for markets in Arizona, Colorado, Florida, and Texas.