The Best Local Mens College Basketball Stars to Watch in 2022 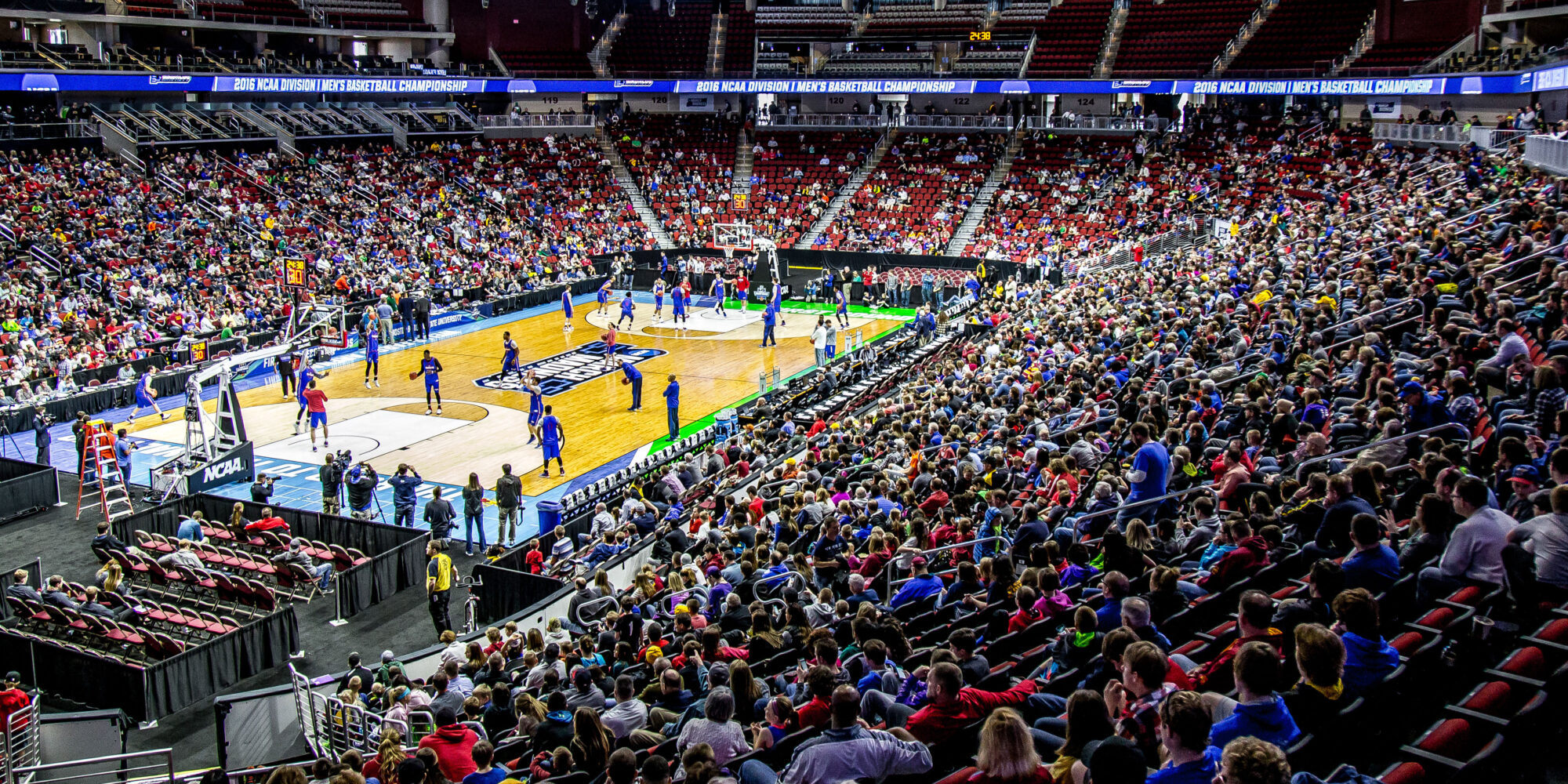 The Ozarks have a great tradition of high-quality basketball year in and year out. We get to see the nation's top high school players every year at the Tournament of Champions and we've had plenty of local legends go on to have careers in college basketball and at the professional level.

This year is special. There are some amazing players from Southwest Missouri balling in the college ranks, some nearby, and some for the biggest college programs in the nation. Let your local pride fly rooting for these ten players in 2021!

You knew who was gonna be on top of this list. Mohammed took the Springfield area by storm in his senior year at Greenwood, putting up video game numbers and highlight-reel dunks. He was named Mr Show-Me basketball in 2020 and played in the McDonald's All-American game before joining Patrick Ewing's Georgetown. He's already contributing there as a true freshman and looks like a lock for a career in the NBA. If you like windmill dunks and bombing threes, you'll like the way he plays. If you don't like those things, it's time for some personal reflection. Jordan Meme: Stop, Get Some Help

In any other year, Brookshire would have been the number one player in the area by far. He and Mohammed coming out of Springfield in the same year is wild, to say the least. Brookshire ended his playing days with Kickapoo as the all-time leading scorer, an amazing feat with past players like Anthony Tolliver, The Brothers Laurie, and Deven Mitchell. We all knew he could play, but he proved he could hang with anybody when he dominated in the Bass Pro Tournament of Champions last year, averaging over 23 a game in the Chiefs 3 games. He'll get playing time this year at Mizzou, but won't be a starter. Yet.

One of Parkview's best ever, Freeman regularly dropped 30- and 40-point games in Springfield. He was at Missouri State for a minute but decided to take his talents to The University of Central Florida after an NJCAA D-1 All-American year in JUCO and recovering from a torn ACL. He's already getting significant minutes in Orlando and landed on SportsCenter's top ten throwing down an unreal fastbreak oop. Freeman's story is incredible and it'll be fun to see him take off at a big-time program this year.

Brookshire's co-star on the Kickapoo State Title team, Brazile is exactly the type of player Mizzoui needs roaming the floor. He's grown a lot since high school, now standing at 6'9, 215. He's a rangy defender and swats lots of shots and figures to be able to defend any position. Defense will be his calling card early in his career, but watch out because he can get buckets too. He found plenty of nets in high school. Just ask Nixa fans if they remember him.

Most buckets ever in Springfield High School ball? Yeah, that's Monty Johal. Dude scored 2,500+ at Glendale and was a three-time All-Stater with the Flock. His college career hasn't even really started yet, either. He was redshirted as a freshman, then lost most of a year to an injury and most of last year to COVID. Hopefully he can get some first team minutes this year and show the folks in Tennessee that smooth lefty jumper. He's so smooth pouring in shots, we might have to hire him as a bartender!

Haney is used to being the best player on the floor. He was Dora's all-time leading scorer before joining Kickapoo and leading that team to a Class 6 championship. He's a lights out shooter, hitting 37% from 3 and over 50% overall from the field, which is outstanding for a guard. He's also a super bright kid who competed in quiz bowls and math relays in high school. He's got a ways to go before he can start on the Bears due to the presence of Isiah Mosley and Jamonta Black, but we think he'll get there. The kid's got heart!

Joplin star Ev Guillory didn't play in the area last year, trading in the sporadic Missouri weather for the freaking cold weather of New Hampshire. While he was in Southwest Missouri, he became known for his power dunks and chase-down blocks. Just like our Carolina Reaper, he's a power wing, he brings the heat as a true slasher. He landed in nearby Vermont for his college career and is already getting time off the bench for the Catamounts due to his jack-of-all-trades skillset. We think Guillory was under recruited and could be in for some prime time play in the coming years.

Branson folks know what's up with McPherson. Originally from Queens, he spent last year at the prestigious Link Academy in Branson honing his skills for the next level. He's already played all over the country, but he was at his best playing in the country. Last year he averaged over 19 points per game and had more than 4 assists and rebounds a game too. He's been called one of the most explosive players in the country thanks to his burner wheels, creative dunk package, and his tendency to pop a contested three right in a defender's face. He'll be fun to watch.

Bridgers is another former Kickapoo Chief who will be taking the court this season. He earned a spot on Dana Ford's roster as a walk-on after playing a crucial role on Kickapoo’s 2019-2020 squad.

Willard has had some great players in the past few years with Jonathan Huskisson, Alex Henderson, and Travis Wilkins, but Abreu has to take the cake. In his senior year for the Tigers, he averaged nearly 28 points and rebounds a game. In the COC, we probably could've just sat in the paint and dropped in buckets (he's 6'6), but he drifted out to three all the time and shot a whopping 45% beyond the arc. He started making a difference in his freshman year for NWMSU but the next couple of years should be Abreu Time up in Maryville. He showed that scoring prowess against Sioux Falls in mid-November, ripping 17 points in 23 minutes. Get ya popcorn ready for the rest of the year.

One More from Link Academy in Branson

Originally from Houston, Texas, Stanley played his high school ball in Overland Park. After graduation, he landed with the Link Academy Prep School team in the Country Music Capital of the World. Stanley is an absolute beast in the paint. He says his favorite player is Washington Wizards Big Montrezl Harrell, who plays one of the toughest brands of basketball in the NBA. Stanley does the same. He uses his 6'8, 230-pound frame to get wherever he wants on the floor and simply out-muscle opponents. He's an extremely efficient scorer, not missing a single shot in his first-team attempts for St. John's as a freshman. His connection to the area might not be that strong, but his game is.

There's no better place to watch these Springfield phenoms grace the hardwoods this year than your local Big Whiskey's. We've got everything you need to enjoy a game of college hoops from drink specials to spicy wings and of course, plenty of TVs all around! 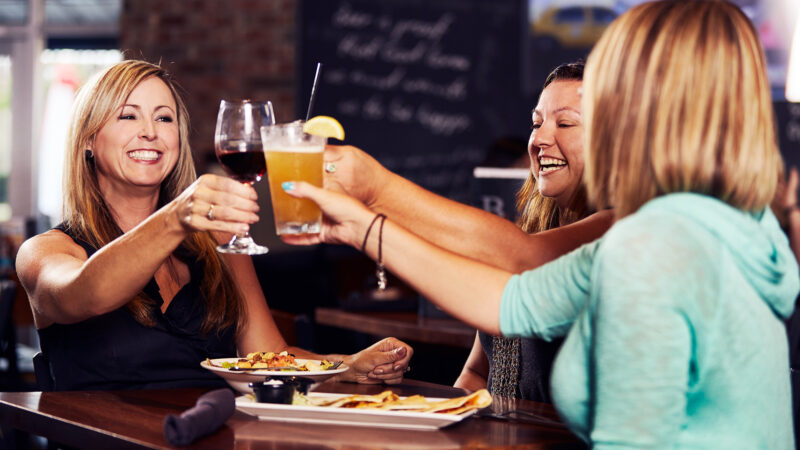